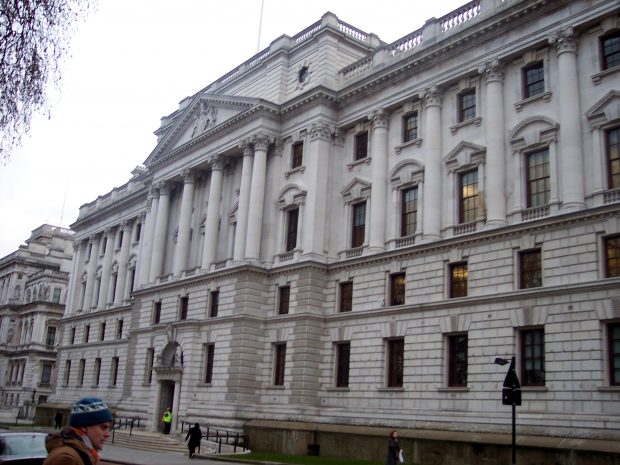 On 27th February, a snowy Whitehall saw an impressive turnout for the sixth meeting of the UK government’s Community of Interest for Distributed Ledger and Blockchain Technology.

Supported by the Open Innovation Team, this community was one of the recommendations of the Government Chief Scientist’s pioneering report in 2016, with a view to sharing technical expertise from the academic and start-up communities to the officials who would be asked to deliver Distributed Ledger Technology (DLT) solutions for public services.

This meeting of the Community of Interest saw three great talks from Surrey University, the German start-up Colony, and the Aventus Foundation.

Surrey’s Professor Steve Schneider, a world expert on digital voting systems, gave an early preview of their project Voting Online with Ledger Technology (a partnership with King’s College, Electoral Reform Services, Crowdcube, and Monax), which is looking at using DLT to prevent fraud in the kinds of digital voting systems that might allow much more sophisticated ways to gauge public opinion.

Aron Fischer from Colony then gave a mind expanding presentation on their clever design of decentralised organisations, illustrating that DLT’s decentralisation of data infrastructure is only fully exploited by redesigning the institution that generates that data.

Finally, Alan Vey and Annika Monari from the Aventus Foundation and Aventus Systems Ltd. explained their open standard for a ticket sales distributed ledger. They described how a clever anti-touting mechanism could combine with Initial Coin Offering fundraising and first mover advantage on a supporting app to make a commercially viable provision of a decentralised public service.

The next CoI will take place in around three months’ time, and will feature Ethical Supply Chains and a system to secure our National Archives.